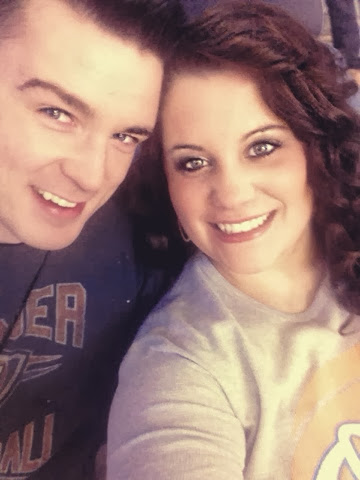 We celebrated our anniversary a few days early last night. Zack took us to watch the Thunder play the Lakers. It was my first Thunder and NBA game to ever watch and it was so much fun! The atmosphere is crazy. 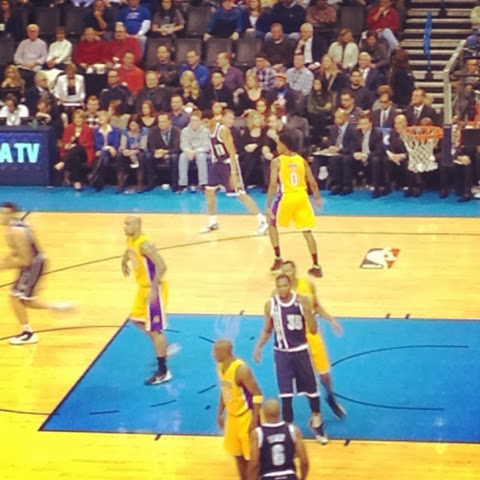 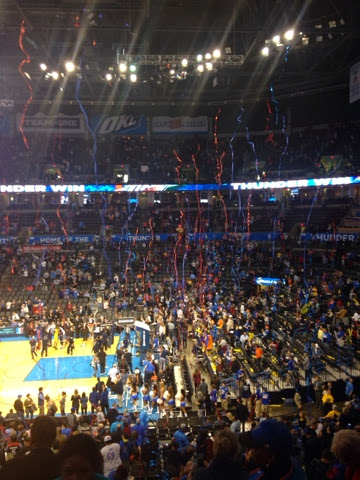 It was a great win and a really fun game. 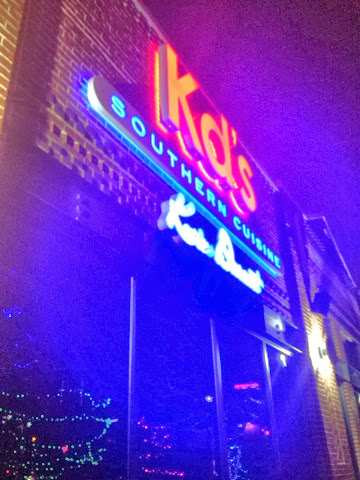 After the game we went to Kd’s to eat dinner and have drinks. Kevin Durant is one of the Thunder players and his restaurant just opened. All I can say is WOW. It was amazing. We had so much food and it was all incredible. We even had fun at the restaurant. The menu was all southern food and you could get a variety of different things like chicken and waffles, catfish, gumbo, etc.
A little into dinner a lot of the players showed up so that was really neat to get to see them all.
I feel like we just went out for our anniversary last year and it is already here again. I had a wonderful time on our date-so needed.
Happy early Anniversary, babe!